A Beginner's Guide to Trying Oysters

A Beginner's Guide to Trying Oysters

Oysters can be intimidating if you’ve never tried them before, especially oysters on the half shell. I had to really work up the courage to try them, and even then, I wasn’t quite sure what I was doing. If this sounds like you, never fear! I wrote this little beginner’s guide for people who have always wanted to try oysters but found them just a tad scary.

I’ll be the first to admit that I’m not a huge fan of seafood. Unless it’s battered, fried, and served in a basket with hush puppies, coleslaw, and French fries, you typically won’t find it on my plate. And I wouldn’t call myself a picky eater either. I’m no Andrew Zimmern, but  I’m game to try most things at least once (I draw the line at reptiles, insects, and arachnids). As for less exotic fare, let’s just say I’m a little squeamish about eating mollusks: clams, oysters, mussels, snails, octopus, squid. You get the picture. If it lives in a shell or has tentacles, I’m usually out. Oysters were no exception. Until New Orleans.

When in New Orleans...

If you look at any top 10 list of iconic foods to try in New Orleans, you’re sure to see oysters listed among them. Whether raw, grilled or baked on the half shell, fried and served on a Po’boy, or cooked up in a stew à la seafood gumbo, barring an allergy, no visit would be complete without them. As the old adage goes, “when in Rome…”, so it goes with New Orleans, too. I’m happy to report that I now know what all the fuss is about.

There are many ways to prepare and serve oysters. As a newbie myself, I’ve only sampled a half dozen or so versions. If I were to rank oyster preparations from least to most intimidating, it would go something like this:

Where to Find Fresh Oysters

I’ve been told by someone in the know that if the oysters are tough, extra chewy, and fishy, then they’re overcooked or not fresh enough. I didn’t have that experience with any of the oysters I sampled in New Orleans. If you’re in a reputable locale with access to fresh seafood and the know-how that usually comes along with proximity to the ocean, then this shouldn’t be an issue. If you aren’t oceanside, your best bet is a fine dining establishment that flies in its fare.

Baked or Chargrilled: My Favorite Way to Eat Oysters 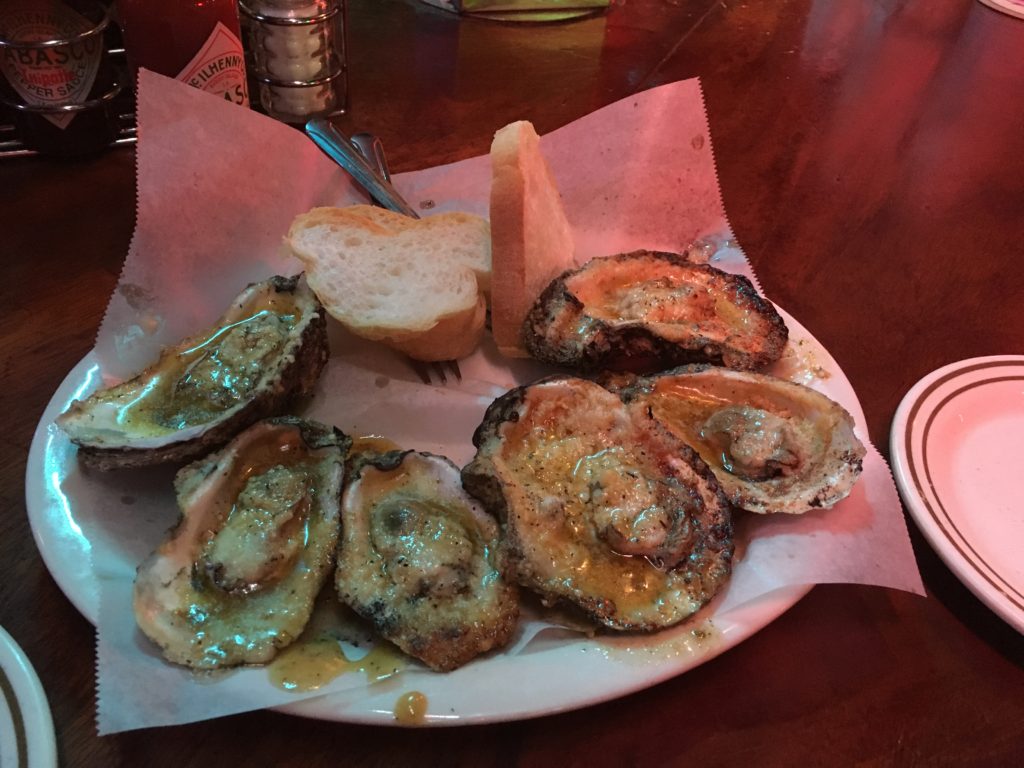 The baked, chargrilled, or charbroiled variety may look a little scary because they’re still in the shell, but they’re cooked, served warm, and usually covered with garlicky, buttery goodness, and/or stuffed with all manner of delicious toppings. Think bacon and cheese. This is my favorite oyster preparation.

A Beginner's Guide: How to Eat a Raw Oyster

If you’re feeling a little more adventurous, give raw oysters a try. Best described as clean and refreshing, they’ll arrive ice-cold on a platter atop ice or rock salt. I’ll admit that, for me, this was akin to eating snails. When the platter came along with a tiny oyster fork, some hot sauce, and a bowl of lemons, I wasn’t entirely sure what to do. After trial and error, I found that the following worked for me:

Learn To Cook Your Own Oysters

For a fun date night or girls’ night experience, take a cooking class where oysters are on the menu. We took a New Orleans-themed cooking class at Central Market and had a wonderful time. It was a great, low-pressure way to learn how to prepare oysters with the help of a professional. You can read all about our experience here.

A Word of Caution About Eating Oysters

Eating raw or undercooked oysters can expose you to bacteria that cause foodborne illness. For more information, please refer to this CDC guide that includes helpful information on vibriosis, who is most at risk of infection, and tips for cooking and consuming shellfish. Shellfish is also a common food allergen. Of course, never consume oysters if you suspect you have an allergy  to shellfish. For more information on shellfish allergies, this article by Mayo Clinic is an excellent place to start.

I hope you enjoyed this little beginner’s guide to oysters. If you decide to give oysters a try, please drop us a line and let us know how it goes.  Are you an oyster lover with some helpful advice or a great recipe to share, we’d love to hear from you, too! 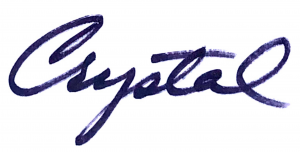