Short and Sweet: Fast Facts About the Mint Julep

The Kentucky Derby is in a few weeks and we’ve got a confession to make: until two years ago, I had never tried a Mint Julep. As a girl with family ties to Kentucky (my maternal grandfather’s family made their way from Kentucky to Texas in the late 1800s), I was a little embarrassed to admit it. But hey, there’s always a first for everything, right? As we were making our Derby Day plans, we discovered that there are many variations of the cocktail. In addition to bourbon, we’ve seen rum, scotch, gin, brandy, cognac, even champagne used as the base alcohol in recipes classified as mint juleps. There are also differences of opinion on where the cocktail was invented and how it should be crafted and served. In the spirit of good old-fashioned curiosity, we decided to read up on the history of the Mint Julep and share our findings. In keeping with the julep itself, we’ll keep this sweet (and short).

What’s in a Name?

If you look up the word julep in the dictionary, you’ll find variations of the same basic definition: a sweet syrupy drink that’s sometimes spiked with alcohol and sometimes medicated. According to Dictionary.com, the word julep is of French origin and is believed to derive from the Persian word gulab, which means “rosewater.” By all accounts I’ve read, rosewater, a sweet fragrant liquid made of water and rose petals, is traditionally used as a perfume, culinary flavor enhancer or for medicinal purposes. The word julep was used as early as the late 14th century to refer to “a syrupy drink in which medicine was given.” As the julep evolved and moved westward, mint leaves were eventually used in lieu of rose petals and people experimented with various spirits until the bourbon-based concoction that we know today emerged as the standard.

Evolution of the Mint Julep

Legends abound, but I haven’t come across a firm account of exactly how the julep made it’s way to the American South. It’s widely accepted that the early Mint Julep was consumed by genteel Virginian society during the late 1700s – early 1800s. Whether taken for restorative purposes or simply as a morning pick-me-up, these early Mint Juleps were made with various imported spirits: cognac, brandy, rum, or whiskey. Some speculate that bourbon was introduced to the julep by poor southern farmers. Unable to afford the “good stuff”, they used sugar water and mint to mask the taste of the often sketchy but available early bourbon whiskey. Before the advent of modern medicines, whiskey was also frequently prescribed for medicinal purposes. Whiskey’s place within the medical community was never clearer than during the Spanish Flu Epidemic of 1918. Whether Americans simply developed a taste for American whiskey in their juleps or due to other factors, bourbon became the classic base spirit for the Mint Julep.

Signature Cocktail of Churchill Downs and The Kentucky Derby

The quintessential Kentucky Mint Julep is crafted from a mixture of high-proof bourbon, sugar, limestone- filtered water and Kentucky mint served in a silver or pewter cup over finely crushed ice. As Colonel Joe Nickell, an honest to goodness Kentucky Colonel, cited in his book The Kentucky Mint Julep: although the Mint Julep did not become the signature cocktail until 1938, when racetrack managers started selling the drink in souvenir glasses for seventy-five cents each, it is speculated that it has been served in the clubhouse at Churchill Downs since the racetrack opened in 1875. In the years since then, the beverage has become synonymous in the United States with horse racing and the Kentucky Derby so much so that on the first Saturday in May every year (well, except for 2020), many variations of the Mint Julep are served at Derby Day events around the country. According to the official website of the Kentucky Derby, close to 120,000 Mint Juleps are served at Churchill Downs Racetrack alone on Kentucky Oaks and Derby weekend. Nowadays, unless you’re willing to shell out a pretty penny, most of the Mint Juleps served at Churchill Downs on Derby Day are made with Old Forester Ready-to-Drink Mint Julep. Don’t get us wrong, still bourbon-based and garnished with fresh mint, we’d order one just for the souvenir glass. But we’d rather call our bourbon and mix our own. If you’d like to try your hand at julep making, we tried a few recipes while writing this article, including The Old Forester Mint Julep Recipe. Read the full reviews here.

What is Bourbon Anyway?

Bourbon is so important to America that there is a legal definition of bourbon whiskey:

What follows is an abbreviated history:

Because Great Britain discouraged the use of corn in spirits, early American whiskeys were produced from rye. Bourbon whiskey, an American invention, emerged in the late 18th century from the area known as Bourbon County in the Kentucky District of Virginia. Historians haven’t yet reached a consensus on who actually invented bourbon, but the theory is that the Whiskey Rebellion of 1791 drove distillers from Pennsylvania into what is now the state of Kentucky, a land flowing with limestone water, an excellent place for raising livestock and grains, namely horses and corn. Whether strategic or purely happenstance, whiskey distillers in this region began to age their whiskey in charred oak barrels which give it a distinct amber color and a mellow, almost carmelly flavor. Furthermore, access to the Ohio River meant that barrels of whiskey could be loaded onto flat boats and shipped down the Mighty Mississippi and on to New Orleans. The rest is (an interesting and significant) history. If you’re interested in furthering your knowledge of bourbon and its place in American history, pick up a copy of Bourbon: The Rise, Fall, and Rebirth of an American Whiskey by Fred Minnick. You can find it on Amazon.com. I was able to pick up a copy at my local library.

Why the Silver Cup?

Mint Juleps are traditionally served in a pre-chilled silver or pewter cup because metal frosts more easily than glass when the ice is rapidly stirred thus keeping the drink optimally chilled and creating the beautiful frosty look. We tested this theory and found that the silver cups were perfectly frosted, if allowed to stand for a few minutes after stirring,  and remained cold and frosty through to the last sip. To retain the frost, a julep cup should never be held while stirring and should only be held from the bottom or the top while sipping. A new sterling silver julep cup will set you back somewhere in the neighborhood of about $850; a pewter cup will set you back $65. If we were going to spring for the real deal, we would start at JulepCups.com. For a similar look at a bargain price, Mark & Graham offers a nickel plated stainless steel version for around $29.

Mint: To Taste or Not to Taste, That is the Question

One of the great debates surrounding the Mint Julep is whether the mint is added for flavor or to appeal to our sense of smell alone. Indeed, some recipes call for the mint to be crushed or bruised and added to the julep mixture while others call for the use of mint solely as a garnish. We experimented with various methods and enjoyed the mint for both flavor and bouquet. Fun fact — we have the Mint Julep to thank for the invention of the straw. Classic Mint Juleps were always decorated with so many mint sprigs that a drinking straw was required to get a sip. Short straws were traditionally used so that the nose would be buried in mint as one sipped the cocktail. If you’re interested in learning more about the straw, check out Bon Appétit’s “A Brief History of the Straw.”

For a full review of the recipes we tried, click here. Beautiful in presentation and perfectly sippable, our favorite variation came from a little book called The Kentucky Mint Julep by Colonel Joe Nickell. Another excellent read on the subject, if you’re so inclined. 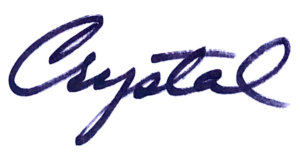 Author’s Note: This post was originally posted in May 2018 and has been updated for accuracy.